When there's no water coming out of any tap or faucet in the home, it's pretty simple to determine that the problem is with the municipal supplier or there is a major water line break. However, it's a bit more challenging to determine the cause when only a single tap is affected, though.

The first thing to check is the water valve below the affected sink. These valves can get turned off accidentally, typically when you bump the valve in the process of storing items under the sink. Some sinks have a single valve while others have both a hot and cold water control valve. Turn both valves to the left until they are fully open, then test the faucet to see if this solved the problem.

Minerals in the water or pipe corrosion can lead to debris that blocks the faucet. This debris builds up behind the aerator screen inside the faucet head until it becomes too thick for water to easily pass through. On most faucets, it is relatively easy to remove the head of the spout to clean or replace the aerator screen. You can try soaking the screen in pure vinegar overnight, as the acid in the vinegar usually breaks up any residue.

Diverter valves are found on faucets that have a separate spout and spray attachment. This valve is what diverts the water from the tap spout to the sprayer when the sprayer is turned on. If your sprayer is working but no water comes from the faucet spout, then this valve is the likely culprit. The location of the valve varies by faucet design and manufacturer, but it is usually found in the spout or on the underside of the faucet. The valve will need to be loosened or replaced, depending on why it is stuck.

One of the worst causes to encounter is a break in the water line that feeds the faucet. Supply lines to a faucet typically run through the walls, so you may not be aware that water has been leaking and causing damage until it is severe enough to lead to a complete lack of water at the faucet. A plumber must locate the leak so it can be accessed for repair. Wet wallboard, water stains beneath the sink or on the wall, and the smell or sight of mildew are all signs of a water leak.

Contact a plumber in your area for more help with a malfunctioning faucet tap. 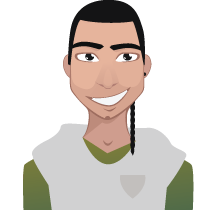 My homes have always had either copper or PVC plumbing pipes. But when my plumbing system needed an overhaul last spring, I wanted a piping system for my home that I could work on myself when needed. There were a lot of good reasons to choose PEX piping, but my favorite thing about the PEX piping is that it's easy to work with, even if you're a beginner like me. Now I can make small repairs myself instead of calling the plumber every time I have a minor leak or other small problem. I still call the plumber for the big stuff, but it's more affordable now that I can take care of small issues myself. I started this blog to help others learn how they, too, can do DIY plumbing repairs at home.